When we smell stale tobacco smoke, it means that thirdhand smoke pollutants have been released into the  air from the places they accumulated.

As we breathe in the polluted air, the smell of stale tobacco warns us that thirdhand smoke is present—with  each breath, we are inhaling thirdhand smoke pollutants into our bodies. This mixture of thirdhand smoke  pollutants contains chemicals that can irritate the throat and lungs, cause inflammation, harm normal cell  functioning, damage DNA, and are known or suspected to cause cancer in humans.

Thirdhand smoke can linger indoors for a long time – months to years.

Thirdhand smoke is the tobacco pollution that persists in the air and on surfaces after smoking has stopped.  Secondhand smoke gases and particles become embedded in materials and objects, like carpet, walls,  furniture, blankets, and toys.

These chemicals adhere to objects and can be released back into the air or accumulate in house dust. 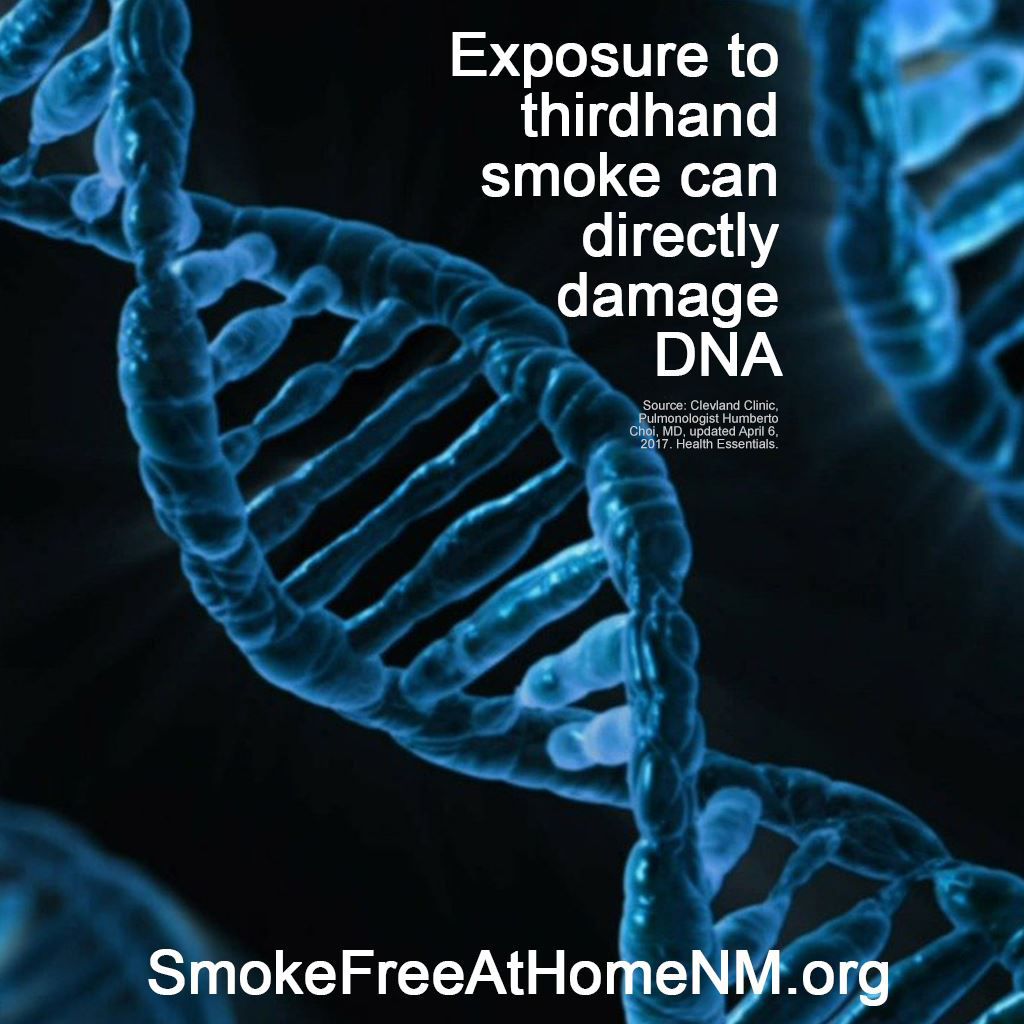 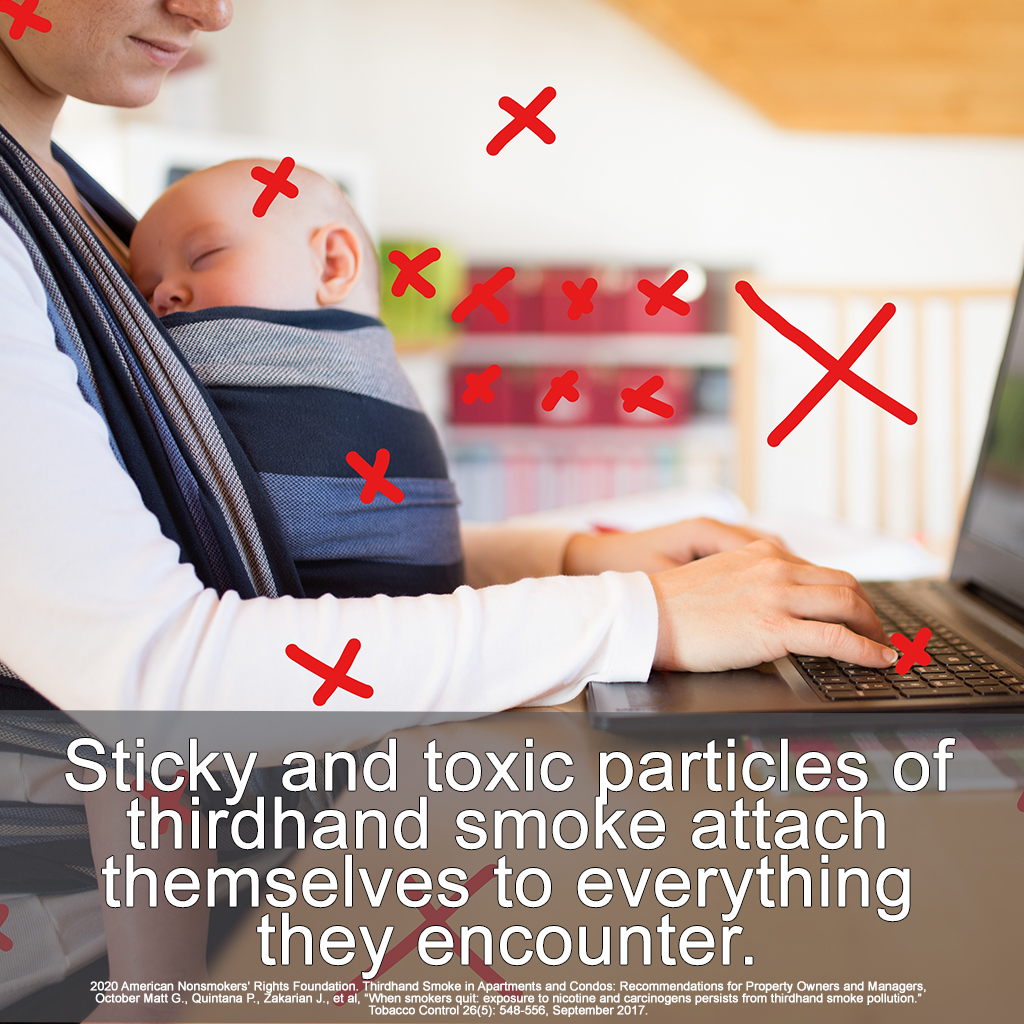